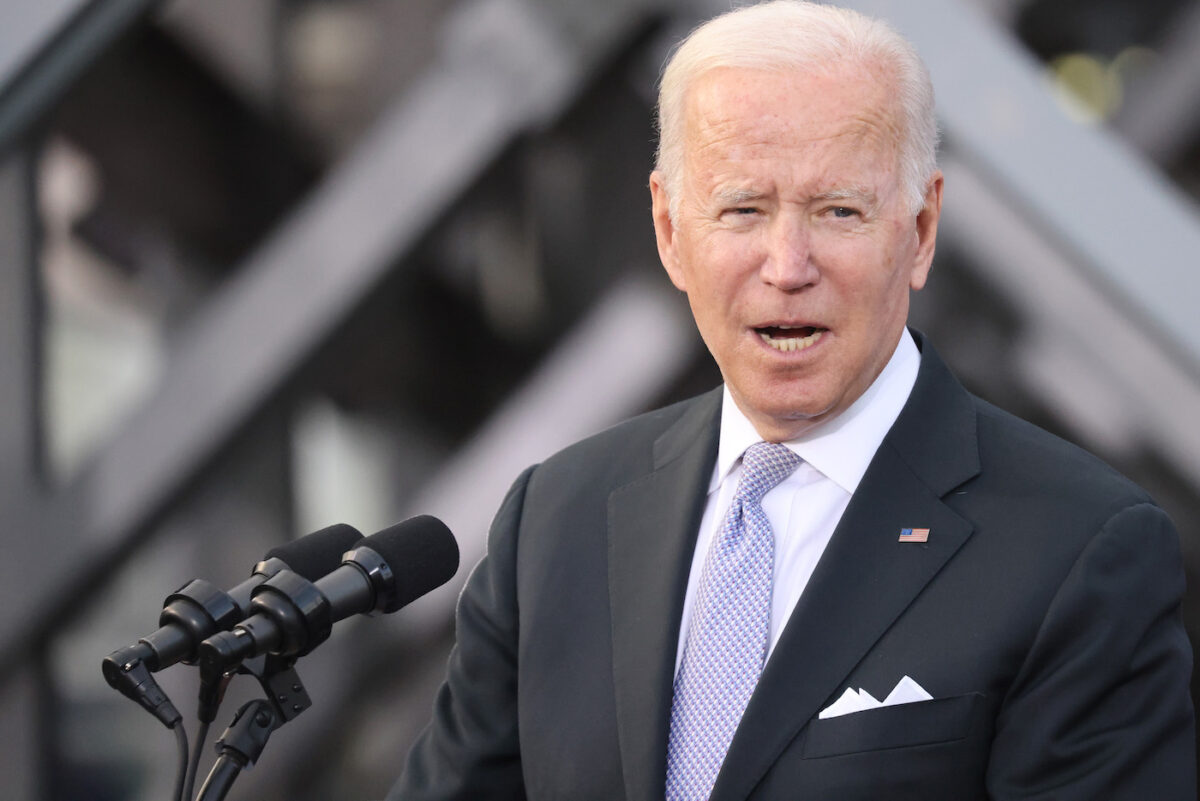 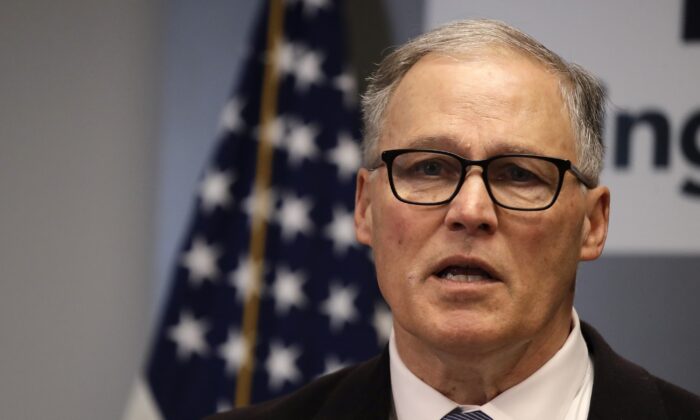 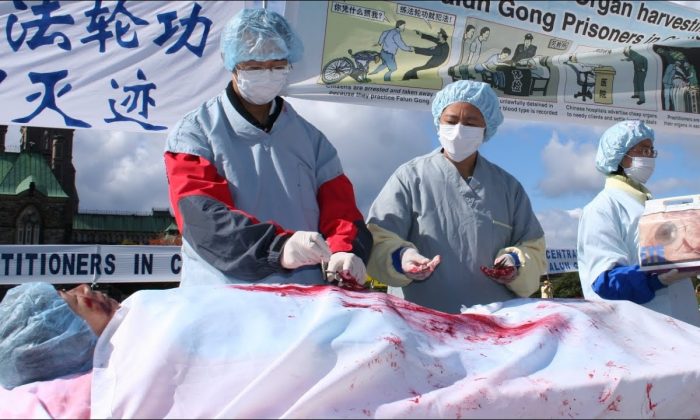 “The systematic, large-scale forced organ harvesting of prisoners of conscience in China has to be addressed. A genocide is not an internal affair of a single country, but a global affair of humankind,” Dr. Torsten Trey, executive director of Doctors Against Forced Organ Harvesting (DAFOH), said in explaining the group’s call for a congressional investigation.

“Parliamentary hearings in several countries have heard evidence on the issue, and some have passed legislation in response,” the tribunal’s website states. “To date however, there has been no investigation into to what if any crimes have been committed by such forced organ harvesting by the Chinese State or state-approved bodies.”

The tribunal found that the killing of detainees in China for their organs has continued since it was first revealed by witnesses from China in 2006.

The tribunal’s findings recognize that elements of genocide are “clearly established” in the practice of organ harvesting in China and explicitly invites further investigation concerning genocide.

“DAFOH echoes the Tribunal’s call for further investigations and urges Congress to launch formal proceedings to determine the extent of the practice and the degree to which it constitutes genocide,” reads a DAFOH news release.
Immediate Action

Trey urged both Congress and the Trump administration to act immediately to help stop the continuous crimes taking place in China.

“Congress could bring the forced organ harvesting in China to its end if it would be determined to do so,” Trey said.

He also urged President Trump to raise the issue of forced organ harvesting to Chinese leader Xi Jinping when they meet during the G-20 summit on June 29.

Trey said the tribunal’s report coincides with findings by members of DAFOH, which describes the organ harvesting campaign by the Chinese communist regime as a “cold genocide” against Falun Gong practitioners in China.

Falun Gong, also known as Falun Dafa, is a spiritual discipline based on the principles of truthfulness, compassion, and tolerance. It includes a set of moral teachings and slow-moving, meditative exercises.

Western news outlets in early 1999 quoted regime officials as saying there were 100 million Falun Gong practitioners—more than the number of CCP members.

The campaign Jiang unleashed has used propaganda, dismissal from jobs and schools, loss of housing, confiscation of property, detention, brainwashing, and torture to try to force people in China to give up Falun Gong.

Minghui.org, which serves as a clearinghouse for information about the persecution of Falun Gong, has confirmed the deaths of 4,316 Falun Gong practitioners due to torture and abuse. The actual number is believed to be far higher, due to the difficulty of getting information out of China.

In addition, large numbers of Falun Gong practitioners have been killed through forced organ harvesting. The 2016 investigative report “Bloody Harvest/The Slaughter: an Update” is “a meticulous examination of the transplant programs of hundreds of hospitals in China,” according to its website.

The report concluded that, since 2000, Chinese hospitals have been conducting between 60,000 and 100,000 organ transplants each year, with Falun Gong practitioners being the primary source for the organs.

One characteristic of a cold genocide is that the eradication of the targeted group occurs in a slow-moving manner, said Trey. The Chinese regime has used hate propaganda to mislead the Chinese people and the international community, preventing unbiased investigations of the genocide carried out against practitioners.

“The campaign to label Falun Gong as a ‘cult’ has become part of the cold genocide, as it tries to conceal the eradication of the group,” he said.

“The Tribunal established that elements of genocide against Falun Gong have occurred. But it could not conclude whether there was intent, which is an important component to define genocide.”
The Question of Intent

Trey said the legal discussion on the term “intent” has evolved over the past 70 years, but in any case, the facts show the Chinese regime’s intent to commit a slow-motion genocide.

He laid out the evidence:

“The Chinese Communist Party created the 610 Office, a Gestapo-like secret police force with extra-legal power for the purpose only of persecuting Falun Gong.

“Every day for over two decades, the state-controlled media reports fabricated, negative news about Falun Gong. And in 2001, a self-immolation hoax was set up on Tiananmen Square to manipulate public opinion against Falun Gong.

“All these factors would not happen without intent. The intent in a cold, slow-moving genocide can be more subtle than the intent in a visible, hot genocide.”

Trey said the reason the tribunal didn’t take into consideration that the intent in the cold genocide against Falun Gong might be more subtle. He was concerned that the tribunal’s position on intent “might play right into the hands of the perpetrators,” while grateful that it did not deny genocide may have occurred and called for further investigations.
Historical Record

Trey called for a statement by Speaker of the House Nancy Pelosi, who has been a leader in opposing the CCP’s human rights violations.

“We are talking about crimes against humanity that have lasted for over 20 years!” he said.

“The judgment is out in the public. It created a historical record. Given the severity and urgency of the matter, one cannot claim anymore that one does not know. Each action or non-action will, from now on, also become part of the historical record.”

Trey gave as an example how, more than 75 years ago, President Franklin D. Roosevelt and then Supreme Court Justice Felix Frankfurter learned of the killings of Jews by the Nazis in concentration camps, yet they took no action to stop it. “The inaction became a historical record,” he said.

A statement by the speaker would likewise be part of the historical record, he said.

Trey urged Congress to initiate investigations and hearings regarding the crimes of forced organ harvesting in China. “We need to know what happened. We need to find out if a genocide occurred, and to what degree Americans are indirectly involved or unknowingly benefit from these crimes against humanity.”

He suggested that investigations might consider the following questions:

“Do American universities train Chinese doctors to become even better transplant surgeons, who then sustain transplant abuse in China?

“Do perpetrators of genocide enter the United States as tourists or attendees of medical conferences?

“Do American patients travel to China to receive a transplant, not knowing that their medical request possibly initiates the killing of a prisoner of conscience?”