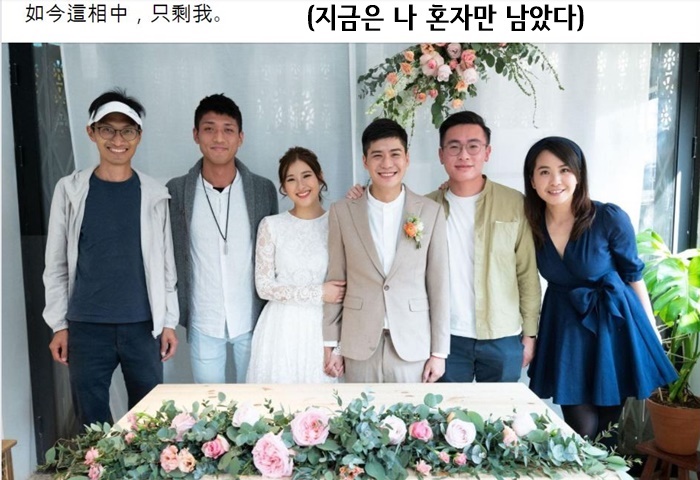 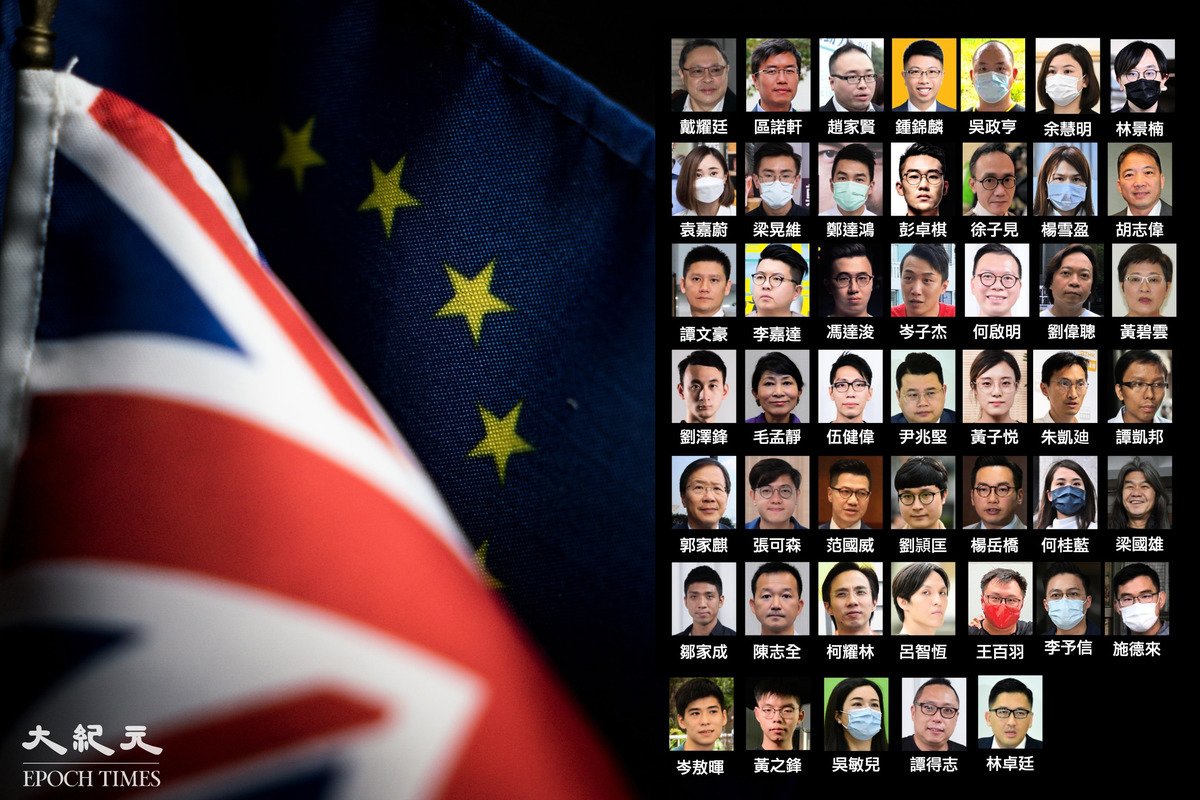 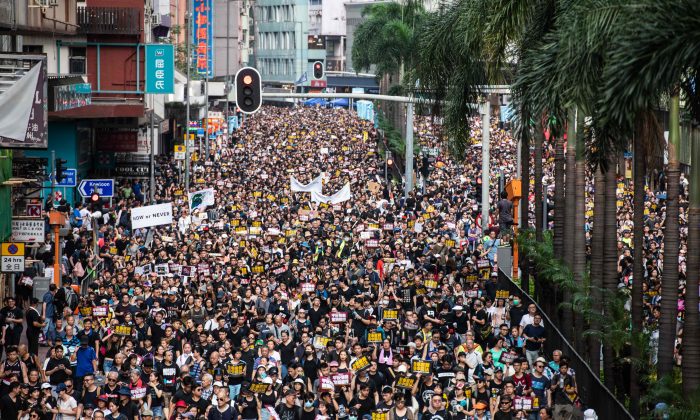 Thousands of protesters surrounded and defaced the office of Beijing’s representative in Hong Kong following a peaceful march on July 21, in the first direct challenge to the Chinese regime during a months-long protest against a controversial extradition bill.

In late evening, as protesters began to leave the building premises, police arrived to disperse the crowd. A standoff ensued before police fired tear gas and rubber bullets to clear the area.

Protesters had swarmed the streets of Hong Kong’s main island on July 21 to call for the complete withdrawal of the extradition bill and also an independent inquiry into police use of force in recent demonstrations.

March organizer Civil Human Rights Front (CHRF) said that more than 430,000 joined the July 21 march, while police estimated a crowd of 138,000 at its peak. CHRF has organized several previous rallies attended by millions.

The since-suspended bill, which proposed that people could be extradited to mainland China for trial, has drawn widespread opposition. Many Hong Kong residents view it is the latest step in a relentless march toward mainland Chinese control.

Another Weekend, Another March

On July 21, the mostly young protesters, clad in black, began gathering at Victoria Park around 3 p.m. and marched toward Wan Chai, a busy commercial area. Many were holding fans and umbrellas while others stuck cooling patches on their foreheads to combat the sweltering heat. Many more wore masks to obscure their identities.

CHRF made the establishment of an independent inquiry the central theme of the march, saying that it was the most effective way that Hong Kong leader Carrie Lam’s administration could pacify heated public sentiments against the city government.

“Hongkongers no longer have faith in Lam’s administration,” Jimmy Sham, convenor at CHRF, said at a rally held before the march began. “An independent investigative committee must be established to reveal the truths [about what happened in clashes], and only when things return to reality, can Hong Kong’s future bear any hope.”

Protesters and many of the public were outraged by police use of force during the June 12 protests in front of the government headquarters, when police fired tear gas, rubber bullets, and beanbags to disperse protesters, resulting in more than 80 civilian injuries.

In recent weeks, large-scale rallies have descended into chaos and pitched fights with the police, the latest being clashes on July 14 inside a luxury shopping mall in the Sha Tin district.

Sham also thanked the spiritual group, Falun Gong, which was also holding a march in the same area, for starting its demonstration earlier to accommodate the anti-extradition-bill protest.

CHRF originally planned for the march to end at the Court of Final Appeal in the Central district, but police rejected the proposal, citing security concerns. The police mandated an alternate endpoint of Wan Chai.

But thousands marched past Wan Chai anyway, resulting in brief standoffs with the police.

Another group walked further west toward the Hong Kong Liaison Office, which is Beijing’s representative office, and arrived there about 7 p.m.

In the first act to directly rebuke Beijing’s rule, protesters defaced a crest of the Chinese Communist Party with black paint, while others threw eggs at the building’s entrance sign. Some spray-painted graffiti on the building walls.

It caught police off-guard, as many officers were stationed near the government and police headquarters, while the liaison office had been largely unguarded.

Protesters read aloud a “manifesto” in front of the liaison office, reiterating their demands, and accusing Lam of hiding behind the police while failing to resolve the political crisis. They then occupied major roads and chanted, “Recover Hong Kong; it’s the time for revolution.”

Around 8 p.m., the police warned that they would soon begin clearing protesters from outside the liaison office. When riot police in full gear started to gather nearby, protesters in the area started retreating.

Around 9:30 p.m., the two sides converged on Connaught Road. Police marched forward and warned that they would use force to disperse them. Around 10:45 p.m., police fired tear gas, followed by several rounds of rubber bullets.

Protesters fought back by throwing bottles, bricks, and umbrellas.

In a separate development, a group of masked individuals dressed in white appeared inside a train station in the northwest district of Yuen Long, wielding batons and attacking protesters, journalists, and passers-by indiscriminately. South China Morning Post reported that at least 36 were injured.

Police arrived a half-hour after the attack, much to the ire of local residents, who accused them of a deliberately slow response.

The city government issued a statement condemning the Yuen Long attackers and also “radical” protesters who deviated from the march route and defaced China’s national emblem outside the liaison office, stressing that the office was “set up by the Central People’s Government in Hong Kong.”

Soon after, Chinese state-run media Xinhua published a statement from an official at the liaison office, who criticized the protesters for “seriously challenging the authority of the central government.” It further requested that the Hong Kong government and police “severely punish the illegal violence.”

The previous day on July 20, the Chinese Communist Party’s mouthpiece People’s Daily also published an editorial in which it painted the Hong Kong protesters as extremists, noting that the protests have hurt Hong Kong’s economy.

Tang Jingyuan, a U.S.-based political commentator, told The Epoch Times that through the editorial, Beijing was seeking to incite divisions within Hong Kong society.

“Listing economic losses because of the protests, Beijing is encouraging Hongkongers to fight with the protesters. When two groups of Hongkongers fight with each other, the Chinese regime will have a good excuse to suppress the people and control Hong Kong tightly,” Tang said.

“By praising their performance, Beijing wants people to know that Lam can’t resign and that Hong Kong police can use more force in the future,” Tang said.