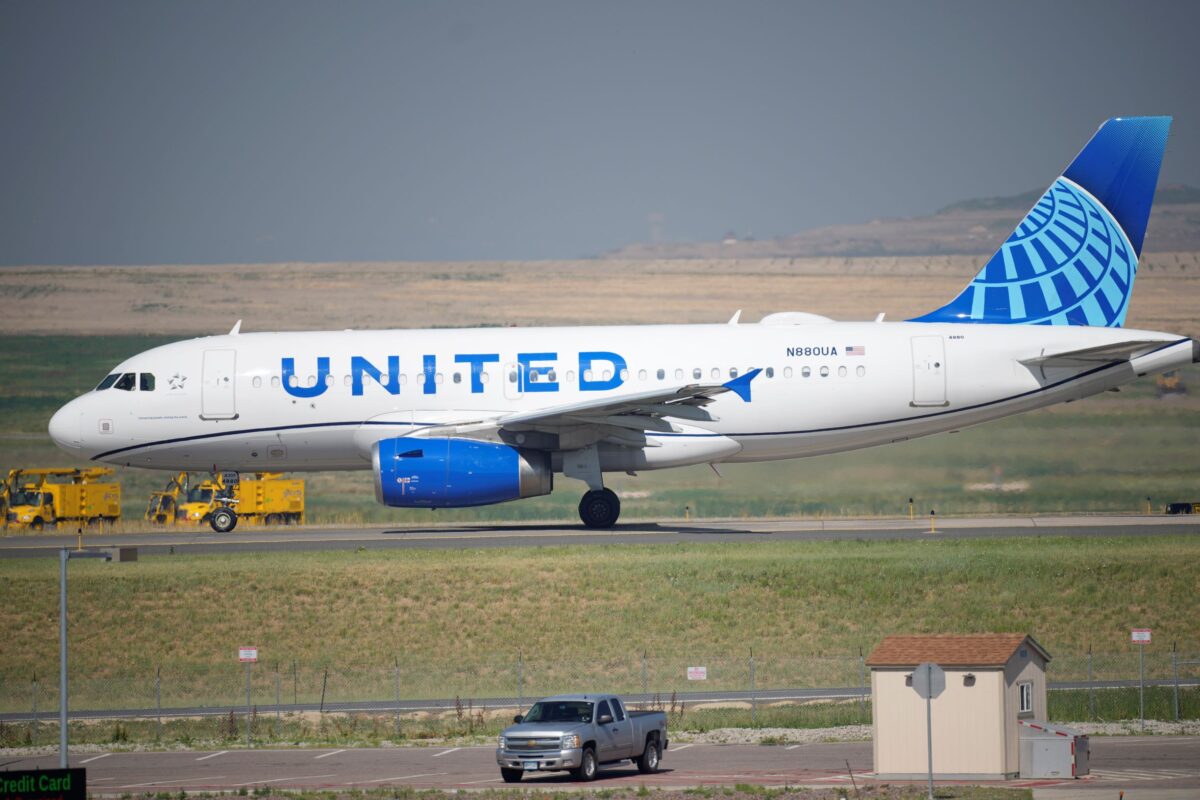 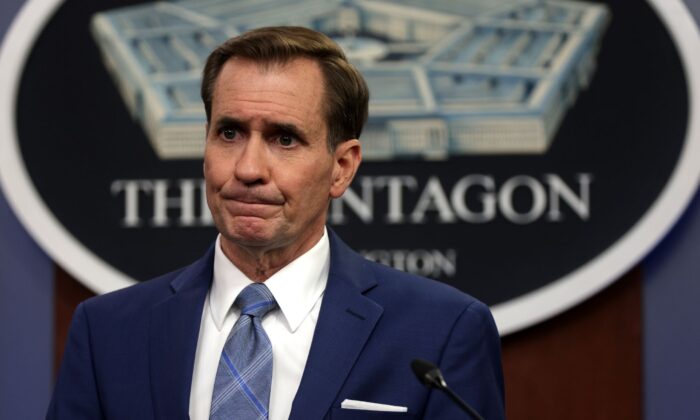 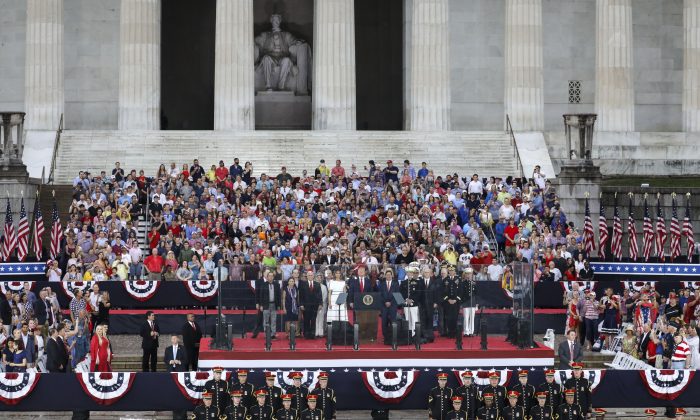 President Donald Trump addressed the nation during the “Salute to America” Independence Day festivities in Washington on July 4, celebrating America’s heritage, praising members of the armed forces who lost their lives to defend the nation, and mapping an optimistic path for the years ahead.

“We celebrate our history, our people, and the heroes who proudly defend our flag—the brave men and women of the United States Military!” Trump said to cheers from the crowd.

“As we gather this evening in the joy of freedom, we remember that we all share a truly extraordinary heritage. Together, we are part of one of the greatest stories ever told—the story of America.”

The president spoke on the steps of the Lincoln Memorial, facing a vast crowd flanking the reflecting pool. He invoked the words of the Declaration of Independence, the nation’s founders, and historical figures who shaped the nation.

“That same American Spirit that emboldened our founders has kept us strong throughout our history. To this day, that spirit runs through the veins of every American patriot. It lives on in each and every one of you,” the president said.

Trump transformed the routine Independence Day celebrations in the capital into an unprecedented show, with a parade, military band performances, aircraft flyovers, and a fireworks display billed to be the largest in Washington history.

The president’s speech was entirely apolitical, despite the allegations of his critics, who said Trump would politicize the national holiday. He praised the historic inventions and achievements of the American people, including the moon landing. He also offered an optimistic view of the future, promising that the U.S. flag would eventually be planted on Mars.

“As long as we stay true to our cause—as long as we remember our great history—and as long as we never stop fighting for a better future—then there will be nothing that America cannot do,” Trump said.

“What a great country,” he said, as a B-2 stealth bomber and a pair of F-22 raptors roared above the crowd.

Trump capped off the speech by inviting the First Lady and members of his cabinet to the stage as a military band performed “Battle Hymn of the Republic,” which culminated in a flyover by the U.S. Navy’s Blue Angels flight demonstration squadron.

The president spoke for approximately an hour from behind bulletproof glass. The crowd broke into chants of “USA, USA” on several occasions.

The celebration continued after the speech with fireworks scheduled for 9 p.m., weather permitting.

The Fourth of July celebrates the signing of the Declaration of Independence in 1776.

“I think what Trump’s doing with the tanks, all the flyovers, I think it’s great,” said Brandon Lawrence, his face painted with the colors of the American flag.