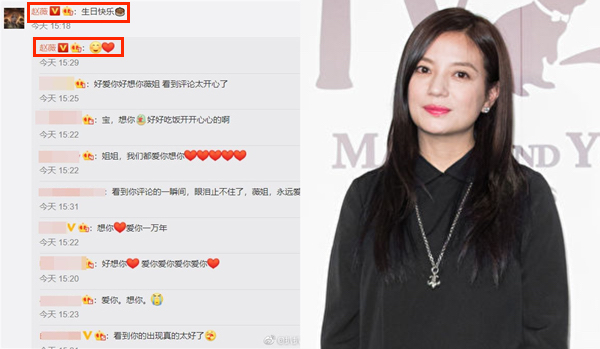 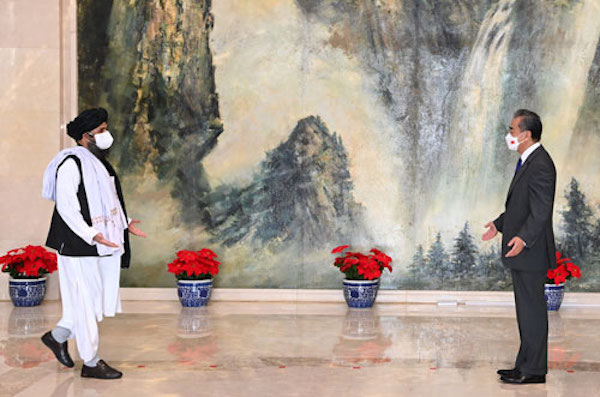 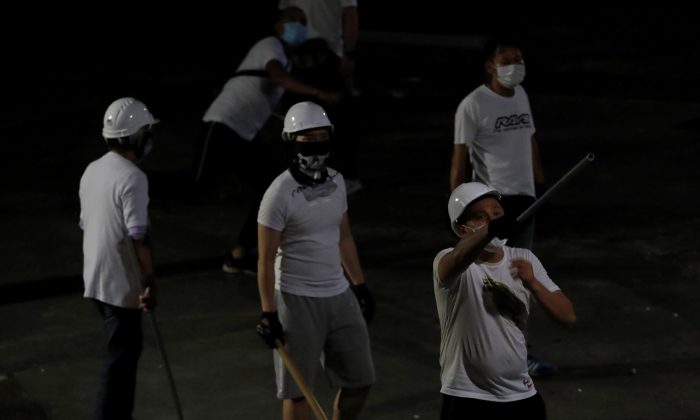 Beijing’s latest response to the relentless protests in Hong Kong indicates that although Chinese leaders may have decided not to deploy troops in Hong Kong, they are starting to mobilize alternative forms of violence to quell the anti-extradition protests, according to China experts Chen Zhong and Ching Cheong.

Millions of Hong Kong residents have taken to the streets since June to protest a controversial extradition bill that would allow criminal suspects to be transferred to mainland China for trial. The new bill sparks fear that Hong Kong residents and even tourists in Hong Kong, including foreign nationals, could be arrested and subjected to a Chinese legal system that is known for groundless charges, arbitrary detentions, and torture.

Tensions escalated in recent weeks when China confirmed support for Hong Kong leaders and police, despite the fact that police have repeatedly fired tear gas, rubber bullets, and sponge grenades at demonstrators, deemed by many as excessive use of police force.

At an Aug. 6 press briefing, Yang Guang, spokesperson for Hong Kong and Macau Affairs Office, gave an indirect answer when asked whether Beijing will deploy troops to control the protests in Hong Kong.

Yang said the People’s Liberation Army (PLA) is “a strong force that defends every inch of its sacred territory,” adding that the Chinese regime will never allow its “one country, two systems” principle to be challenged.

He also stated that with the backing of the Chinese Communist Party (CCP) and the Chinese people, the Hong Kong government and police are “fully capable of punishing those criminal activities and restoring order.”

As a representative of the Beijing government, Yang issued the strongest warning so far when speaking at the press briefing. “I warn all those criminals: Don’t misjudge the situation or take restraint as a sign of weakness,” he said.

In an Aug. 6 interview with the Hong Kong bureau of The Epoch Times, China expert Chen Zhong pointed out that Yang’s statement revealed three messages that the Chinese communist regime is trying to convey.

“The first message is the CCP is always great and correct,” Chen said.

Those are the three adjectives the CCP often uses concertedly, and always in that same order, to praise itself.

“Second, it’s merely an announcement that the CCP will not send troops to Hong Kong,” Chen continued. “This is because under the current international situation, especially amid the U.S.-China trade talks, sending troops to Hong Kong would bring detrimental consequences to the CCP, which is already in deep crisis.”

Thirdly, Yang’s statement implies that the CCP will mobilize all possible forces in Hong Kong to restore public order, according to Chen.

“Beijing is practically giving the ‘go-ahead’ instruction to Hong Kong’s Chief Executive Carrie Lam, allowing her to resort to any means to handle the protests. That is to say, instead of a military crackdown, Hong Kong leaders, Hong Kong police and local gangs may form a collusion to suppress the demonstrations,” Chen explained.

“Yang’s statement can be interpreted as the CCP’s decision not to dispatch troops to Hong Kong, but it doesn’t mean that the CCP would not use other forms of violence,” Ching told The Epoch Times. “You know, the CCP is able to mobilize several different types of violence: the PLA, armed police, public security, and local mafia.”

Ching pointed out that Yuen Long incident on July 21 is a clear indication that the CCP has already mobilized an unconventional force—a force that is not part of its state machinery—to commit violence.

Around 11 p.m. on July 21, protesters on their way home after a march against the extradition bill encountered a group of masked men in white T-shirts at the Yuen Long subway station. The protesters were easily identifiable, as most of them wore black or grey shirts. The masked men attacked protesters with sticks and metal rods, injuring 45 people, including journalists and lawmakers.

“Hongkongers must beware. Do not mistakenly believe that we are safe if Beijing does not plan to deploy troops,” Ching cautioned. “I am very worried that the CCP will mobilize pro-Beijing Hongkongers to attack protesters. As a matter of fact, when protesters marched to North Point yesterday (Aug. 5), a pro-CCP group was waiting there and prepared to launch an attack, but they eventually gave up as they were frightened at the huge number of protesters.”

In addition, Ching explained that Beijing’s recent classification of Hong Kong’s anti-extradition campaign as “Color Revolution” is equivalent to identifying the protests as an act of “subverting state power.”

“That means, Carrie Lam can resort to all means to suppress the ‘Color Revolution,’ including extreme measures.” Ching said.

According to Ching, the root cause of today’s situation in Hong Kong is that the Chinese communist regime lacks a mechanism of self-retrospection and the ability to correct its own mistakes. As a result, even a small mistake can evolve to become a huge problem and get out of control.

“For instance, if Carrie Lam had decided to withdraw the extradition bill when one million residents took to the streets to protest on June 9, there would be no further clashes between police and protesters. After the clashes on June 12, if Hong Kong leaders had listened to the people, they would have been able to solve the problem. However, when they failed to comply to the people’s will, two million Hongkongers took to the streets,” Ching said.

“By the time the problem was too big to handle, the central government came out to support the Hong Kong government by backing it with state machinery and threatened to use force.”

“Therefore, we need to learn our lesson,” Ching continued, “When a system lacks the mechanism of self-retrospection, it is a very dangerous system.”

At this critical time, what direction should be taken?

Ching believes that first of all, the Hong Kong people’s pro-democracy movement depends on Hongkongers’ awakening.

“The support from the international society is indeed very important, but it is not the fundamental factor that determines our future. The most important thing is our own awakening. If the Hong Kong people have not fully awakened, even if the international communities come to the rescue with military troops, they won’t be able to save Hong Kong,” Ching said. “Therefore, the future of Hong Kong depends on our own awakening.”

Ching advised Hongkongers to remember Lao Tzu’s famous words about water when they encounter violent suppressions, be it from the Chinese military, Hong Kong police or local gangs.

“There is nothing in the world softer and weaker than water, and yet for attacking things that are firm and strong there is nothing that can take precedence of it.”

Ching explained that the best strategy is to act like water, which means, persisting in non-violent civil resistance.