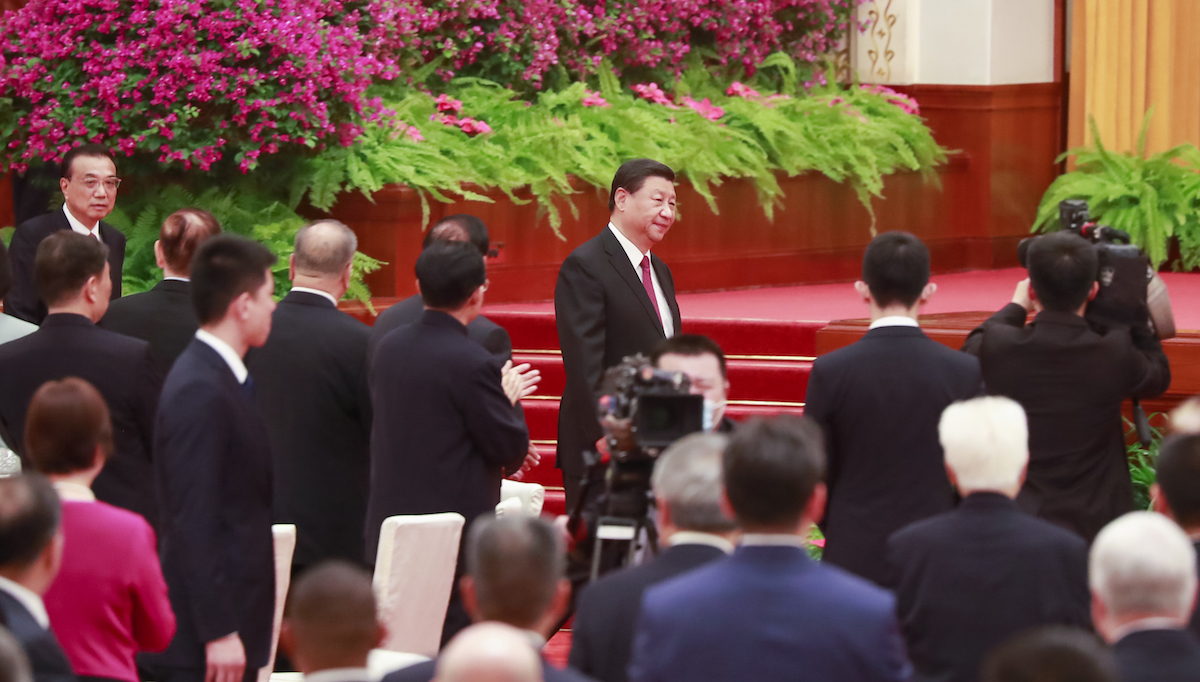 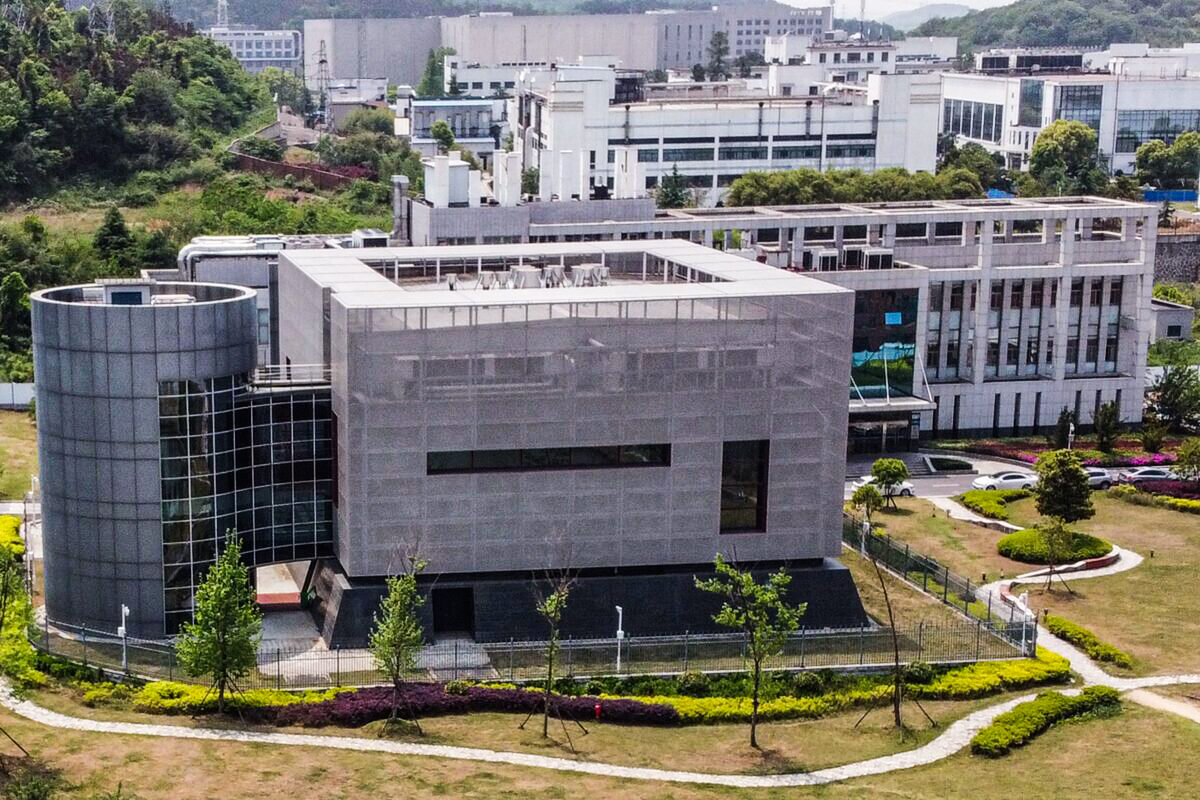 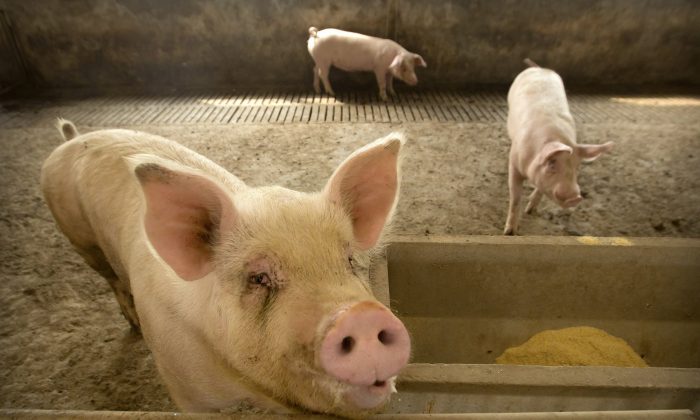 BEIJING—As many as half of China’s breeding pigs have either died from African swine fever or been slaughtered because of the spreading disease, twice as many as officially acknowledged, according to the estimates of four people who supply large farms.

While other estimates are more conservative, the plunge in the number of sows is poised to leave a large hole in the supply of the country’s favorite meat, pushing up food prices and devastating livelihoods in a rural economy that includes 40 million pig farmers.

“Something like 50 percent of sows are dead,” said Edgar Wayne Johnson, a veterinarian who has spent 14 years in China and founded Enable Agricultural Technology Consulting, a Beijing-based farm services firm with clients across the country.

Three other executives at producers of vaccines, feed additives, and genetics also estimate losses of 40 to 50 percent, based on falling sales for their companies’ products and direct knowledge of the extent of the deadly disease on farms across the country.

Losses are not only from infected pigs dying or being culled, but also farmers sending pigs to market early when the disease is discovered nearby, farmers and industry insiders have told Reuters, which analysts say has kept a lid on pork prices in recent months.

However, prices began rising substantially this month and China’s agricultural ministry has said they could surge by 70 percent in coming months as a result of the outbreak. Pork accounts for more than 60 percent of Chinese meat consumption.

China, which produces half the world’s pork, said this month its sow herd declined by a record 23.9 percent in May from a year earlier, a slightly deeper drop than for the overall pig herd.

Sows, or adult females bred to produce piglets for slaughter, account for roughly one in 10 pigs in China. A decline in the sow herd usually equates to a similar drop in pork output, industry experts say.

The Ministry of Agriculture and Rural Affairs didn’t respond to a fax seeking comment on claims of much higher losses than officially reported. It said on June 24 the disease has been “effectively controlled,” China’s state-run media Xinhua reported.

African swine fever, for which there is no cure and no vaccine, kills almost all infected pigs, though it doesn’t harm people. Since China’s first reported case in August 2018—the virus is similar to the strain found in recent years in Russia, Georgia, and Estonia—it has spread to every province and beyond China’s borders, despite the measures taken by Beijing to curb its advance.

The Chinese regime has reported 137 outbreaks so far, but many more are going unreported, most recently in southern provinces such as Guangdong, Guangxi, and Hunan, according to four farmers and an official recently interviewed by Reuters.

The vast and fragmented nature of China’s agricultural sector, a secretive bureaucracy and what is widely believed among industry experts to be poor Chinese data quality, makes the full extent of the disease impossible to ascertain.

“Almost all the pigs here have died,” said a farmer in Bobai county in China’s southwestern Guangxi region. Guangxi produced more than 33 million pigs in 2017, and is a key supplier to southern China.

“We were not allowed to report the pig disease,” she told Reuters, declining to reveal her name because of the sensitivity of the issue, adding that authorities have detained farmers for “spreading rumors” about the disease. Reuters was unable to verify this.

Authorities in Yulin city, which oversees Bobai county, confirmed an outbreak of the disease in one pig on May 27. It was only the second to be reported in the region after a case in the city of Beihai on Feb. 19.

The agriculture and rural affairs bureau of Guangxi region did not respond to a fax seeking comment.

Reuters also spoke to farmers in the cities of Zhongshan, Foshan and Maoming in neighboring Guangdong province, all of whom had lost hundreds or thousands of pigs to the disease in the last three months. No outbreaks have been officially reported in those cities. None of the farmers agreed to be identified.

The agriculture bureaus of Guangdong and Hunan provinces did not respond to faxes seeking comment.

China had 375 million pigs at the end of March, 10 percent fewer than at the same time a year ago, according to the National Bureau of Statistics (NBS). It had 38 million sows, a decline of 11 percent on the year, the NBS said.

Numerous suppliers to the industry have said they believe the actual decline is much worse.

Dick Hordijk, chief executive at Dutch co-operative Royal Agrifirm, told Dutch radio station BNR last month that his firm’s profits in China would be wiped out by the disease, which was spreading like “an oil slick.”

“One hundred percent of our business was focused on pigs, half of it is now gone,” he said. “That’s a disaster for the farmers and the animals.”

The company produces pre-mixes, or blends of vitamins and other nutrients, in two factories in China, and sells them to around 100 large pig farmers in China for use in feed.

Stephan Lange, vice president for animal health in China at privately owned pharmaceutical firm Boehringer Ingelheim, which makes vaccines, and Johnson, the Beijing-based veterinarian, said losses had been higher than 50 percent in pockets of the country.

Major livestock producing provinces including Hebei, Henan and Shandong are believed by some in the industry to have been especially hard-hit.

In Shandong, the fourth largest pig-raising province in China, more than half of farms with large numbers of sows were now empty, Johnson estimated, based on his conversations with farmers and larger pig producers.

The virus is so widespread that he has detected it on the surface of a highway in the province, where it can be spread by passing trucks, he added. He used the same test that is widely used to detect the virus in pigs.

Shandong’s agriculture bureau did not respond to a fax seeking comment on the issue. Authorities there previously said the sow herd shrank by 41 percent in the seven months to February 2019, even after only reporting one outbreak.

Henan said in a statement to Reuters it has only had two outbreaks of the disease. Its sow herd fell 16.5 percent in the first quarter, due to various factors including market prices and African swine fever, it said, without giving further details.

In Hebei too, the northern province surrounding Beijing, many counties have few sows left, said Johnson, who saw his first case of the disease there in October.

Hebei has only reported one outbreak—in February this year—but an agriculture ministry survey published online said the sow herd fell by 32 percent in the first quarter.

Hebei province told Reuters in a statement the African swine fever situation was “stable” and disputed the assertion that there were few sows left in many counties.

Beijing has repeatedly called for farmers to restock, but putting new sows onto a farm that has been infected with African swine fever is risky, say experts.

The virus can survive for weeks outside a host, potentially living on in a farm that has not been thoroughly disinfected.

Lange said a few of his customers have started restocking empty farms, but for some the disease returned.

“There’s still a lot of insecurity obviously. If you get reinfected again, that’s really a lot of money you’re losing,” he said.

The Bobai farmer, who now has no way of paying off her debts, said she has no intention of restarting her farm, even if she could afford to.

“I dare not raise pigs,” she said. “You can’t see the virus with your eyes. The virus is still here, there is virus in the pigsty.”

By Dominique Patton and Hallie Gu